Design an interactive kiosk that leverages physical interaction with users and objects to create an experience that is intuitive, consistent, and reliable.

The goal of this project is to design an interactive kiosk that leverages physical interaction with users and objects to create an experience that is intuitive, consistent, and reliable, as well as thoughtful and delightful in its implementation. The focus is to choose a context where people currently need to wait in line to see a human service provider, or where physical interaction with objects and/or users can enable whole new kinds of user experiences. My team decided to delve into the context of retail setting. To be more specific, a shampoo refill kiosk which would help solve the plastic pollution problem we're facing.

First, we did online research to support and make a stronger case for our kiosk goal. We also explore any existing refill kiosks to examine the current limitations and frustrations that customers encounter.

We also did some observation at a couple of grocery stores like Vons and Ralphs to know more about people's shampoo buying habits. 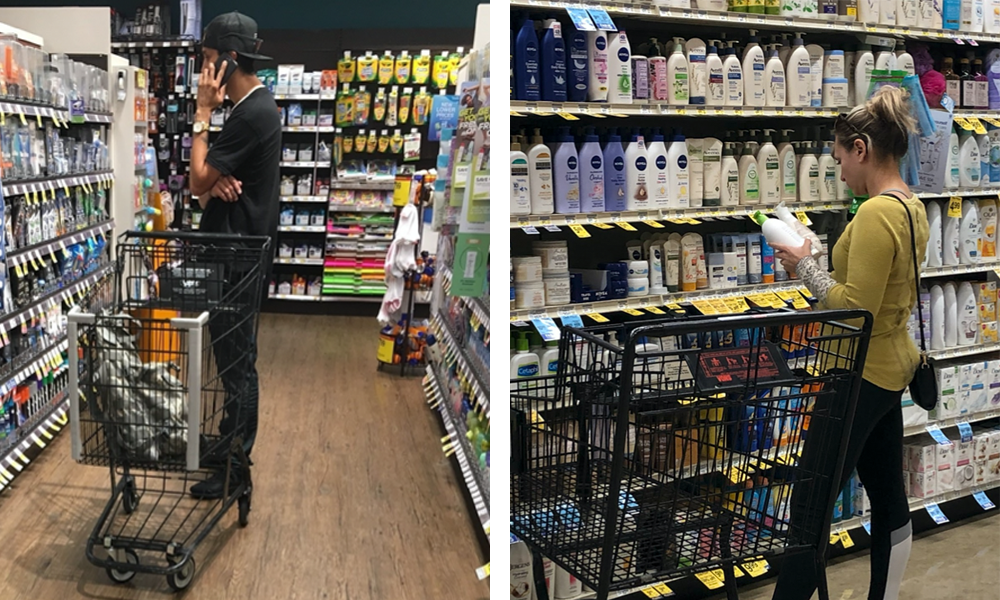 We came back to the grocery stores a week after the observation and find people who are shopping for shampoo to do a short interview. 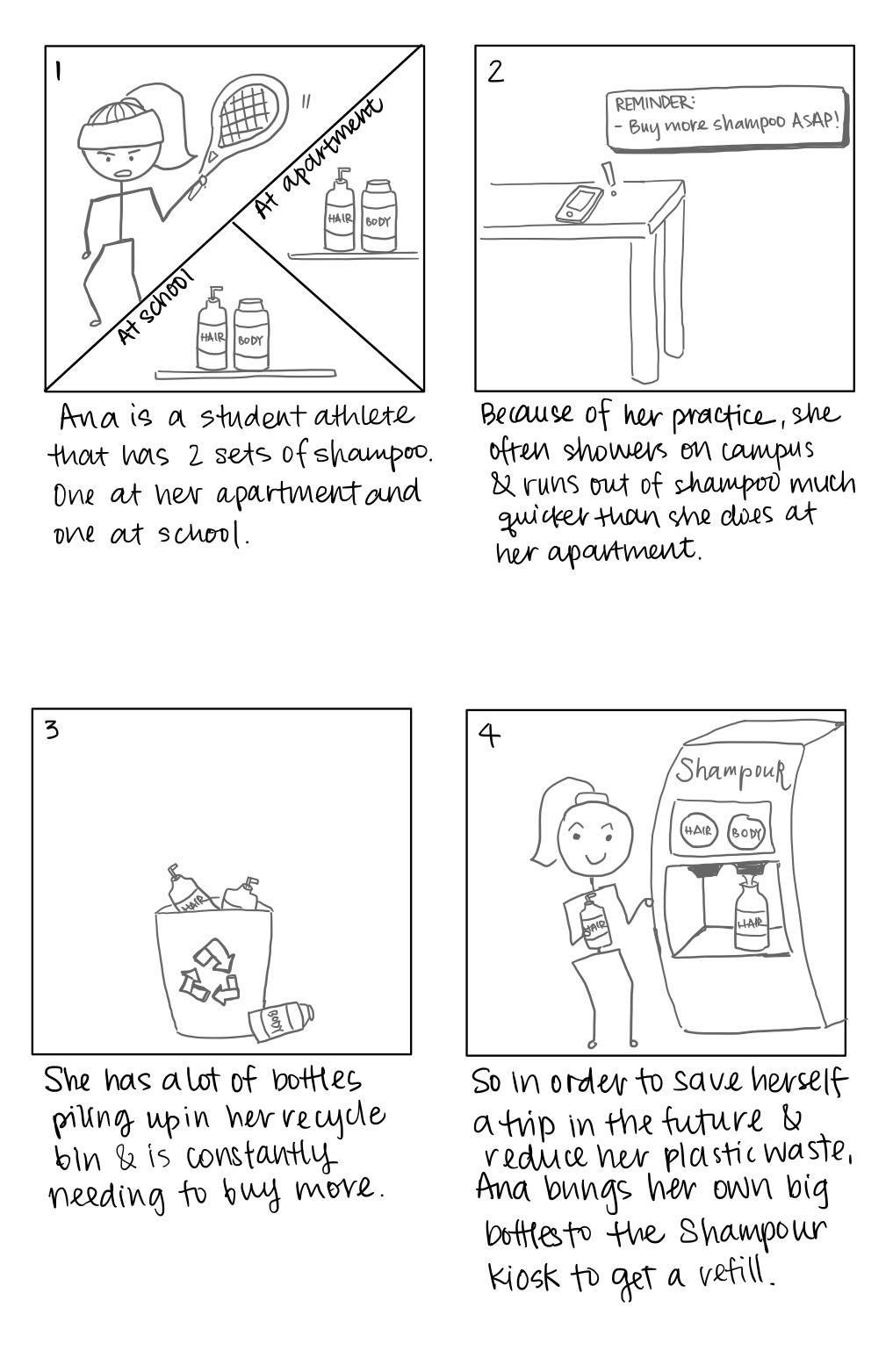 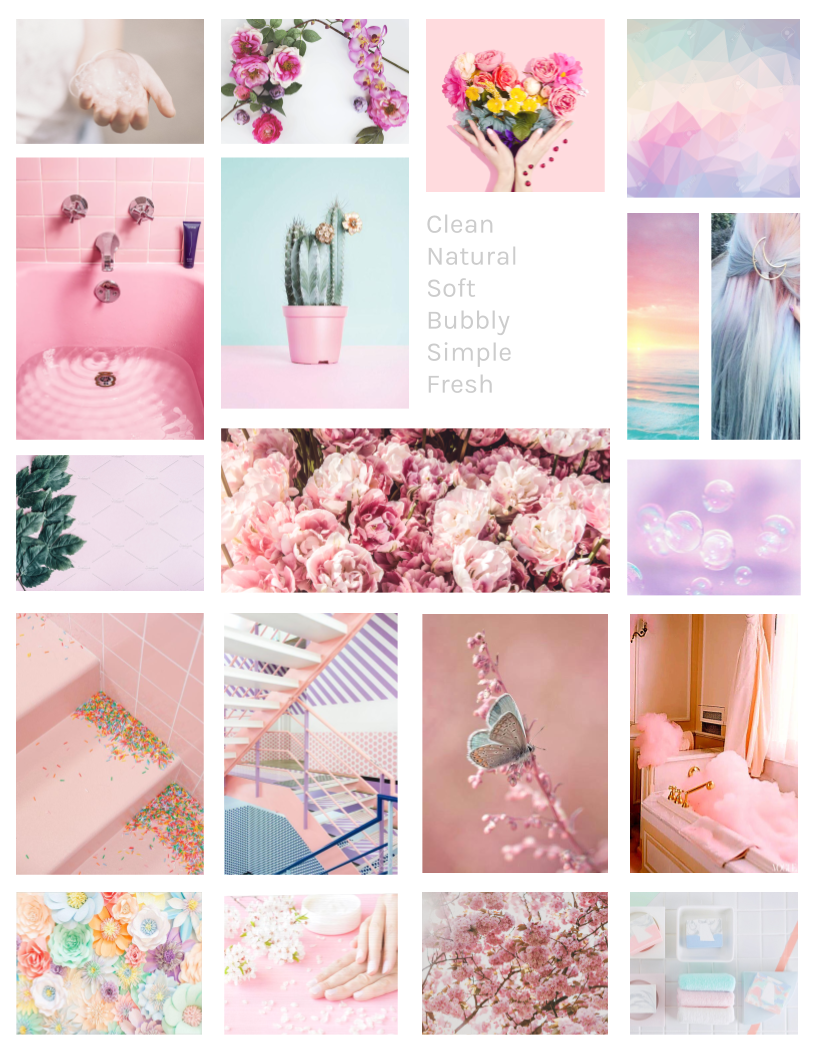 The kiosk prototype went through 4 stages of implementation in total. We added a few small details along the way to make it look like a real shampoo refill kiosk.

Keeping the theme that we created on our mood board, we used pastel pink, blue, and purple. We also chose the typeface Karla to keep the entire theme simplistic and readable. On the top is our logo which I made using Adobe Illustrator. The font used on our logo is also Karla with a soft pink shampoo droplet on the right side. 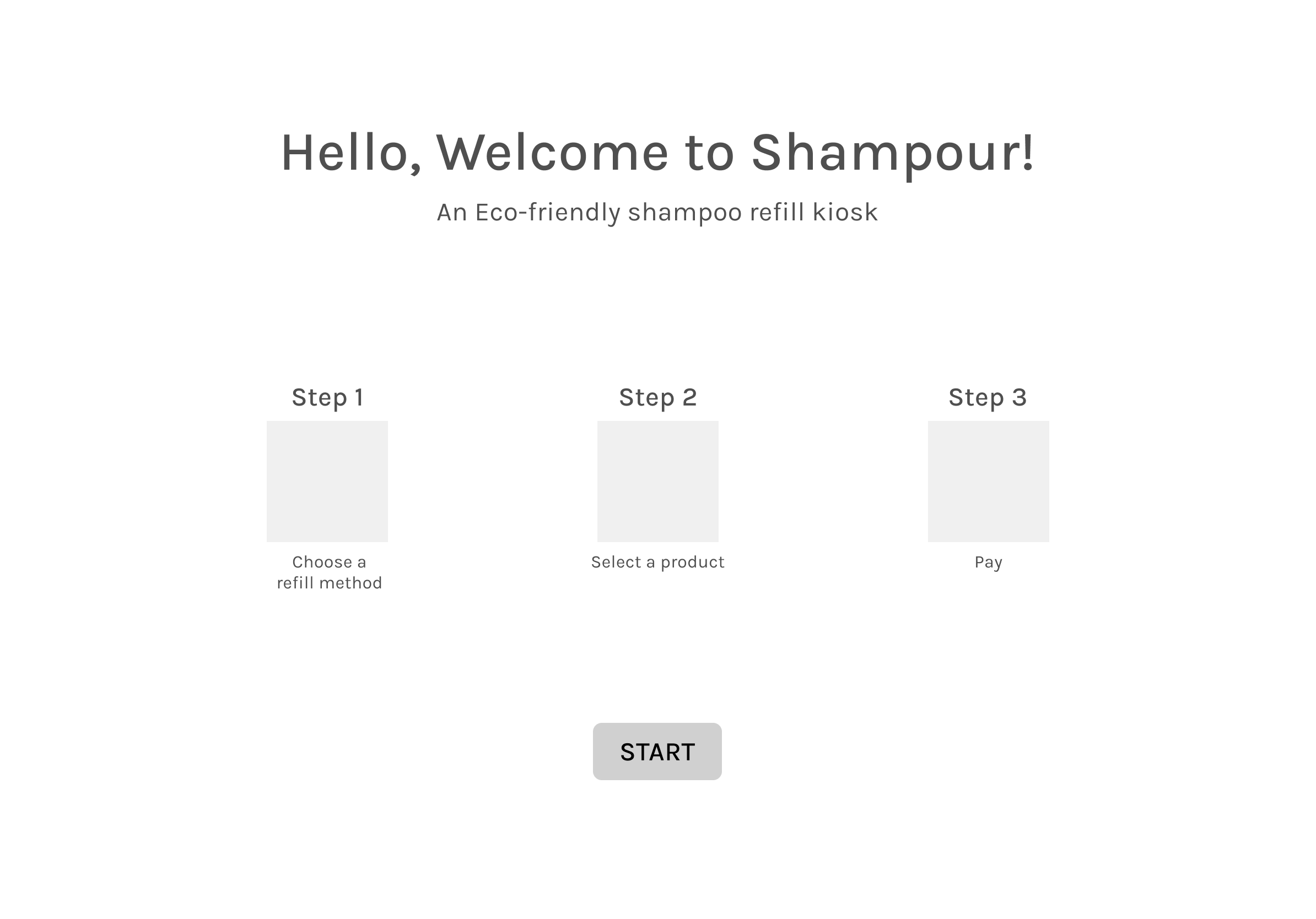 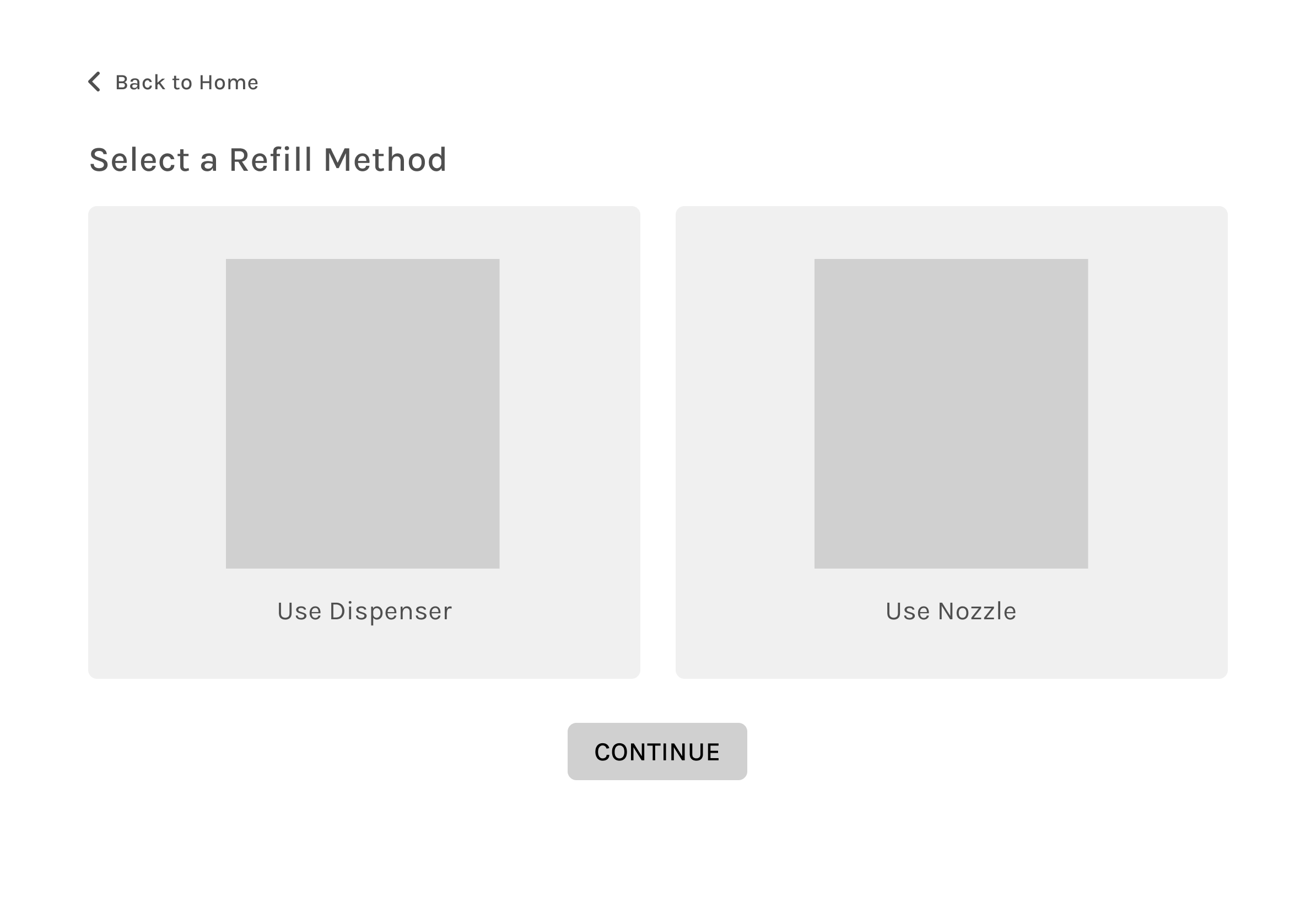 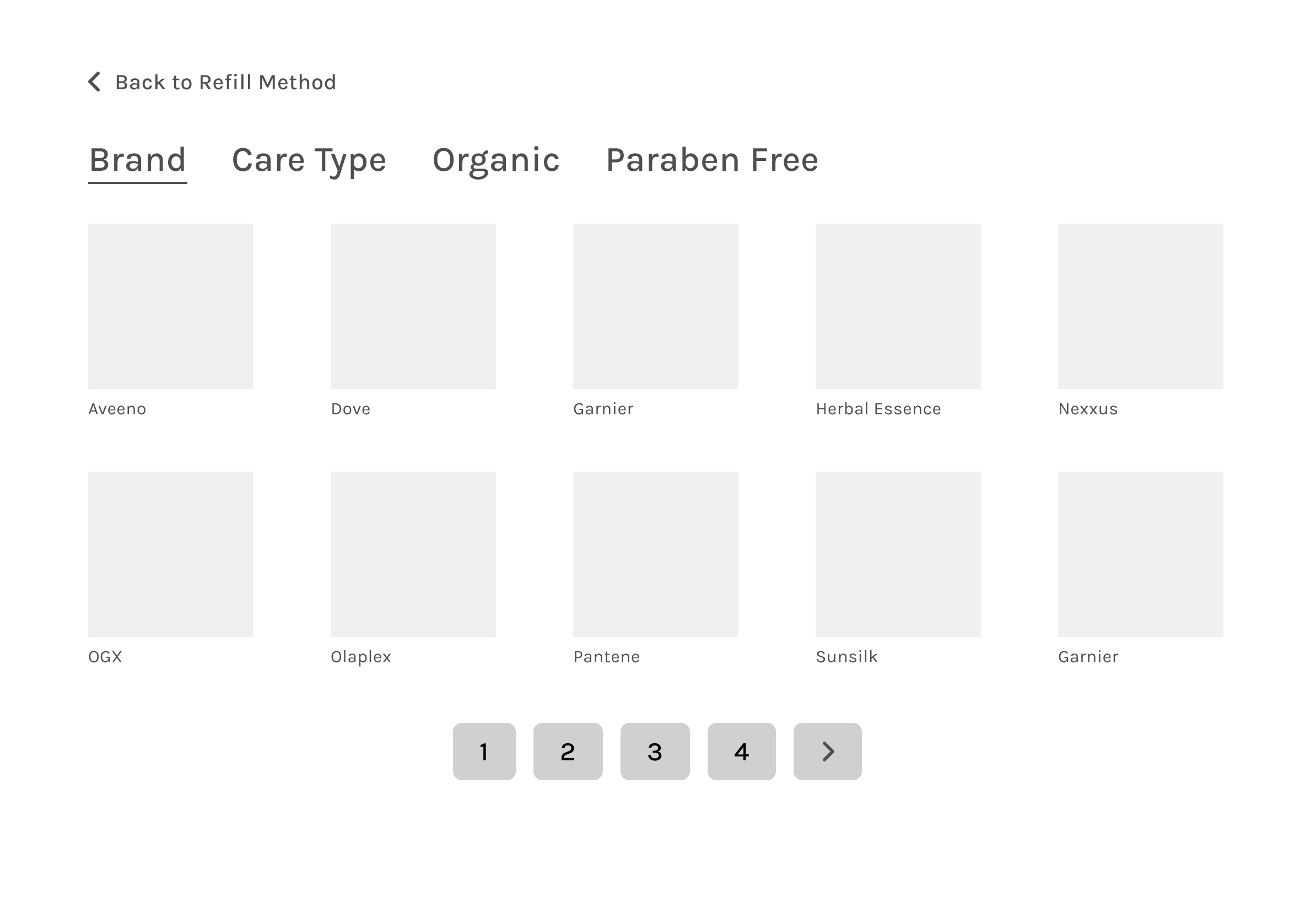 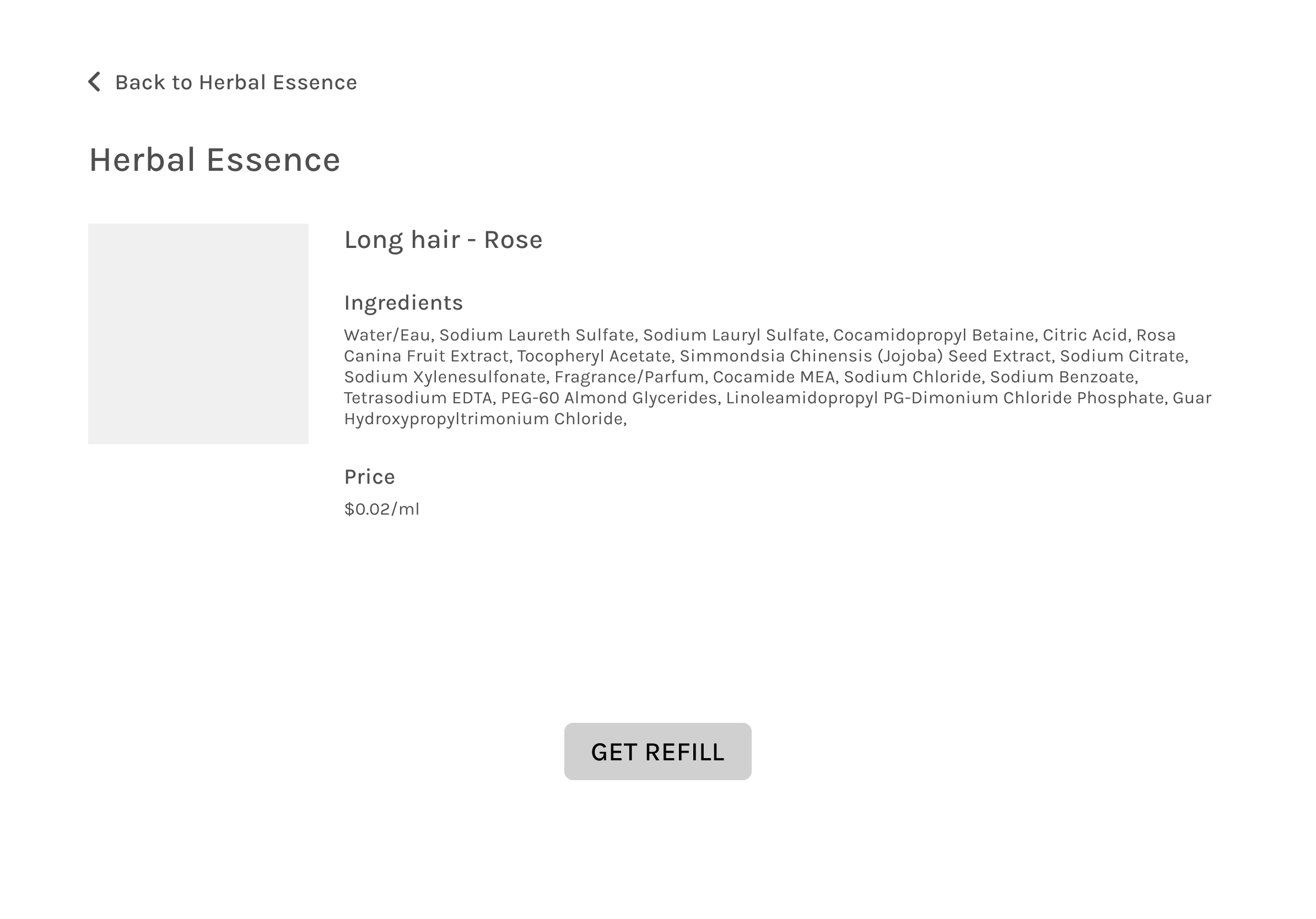 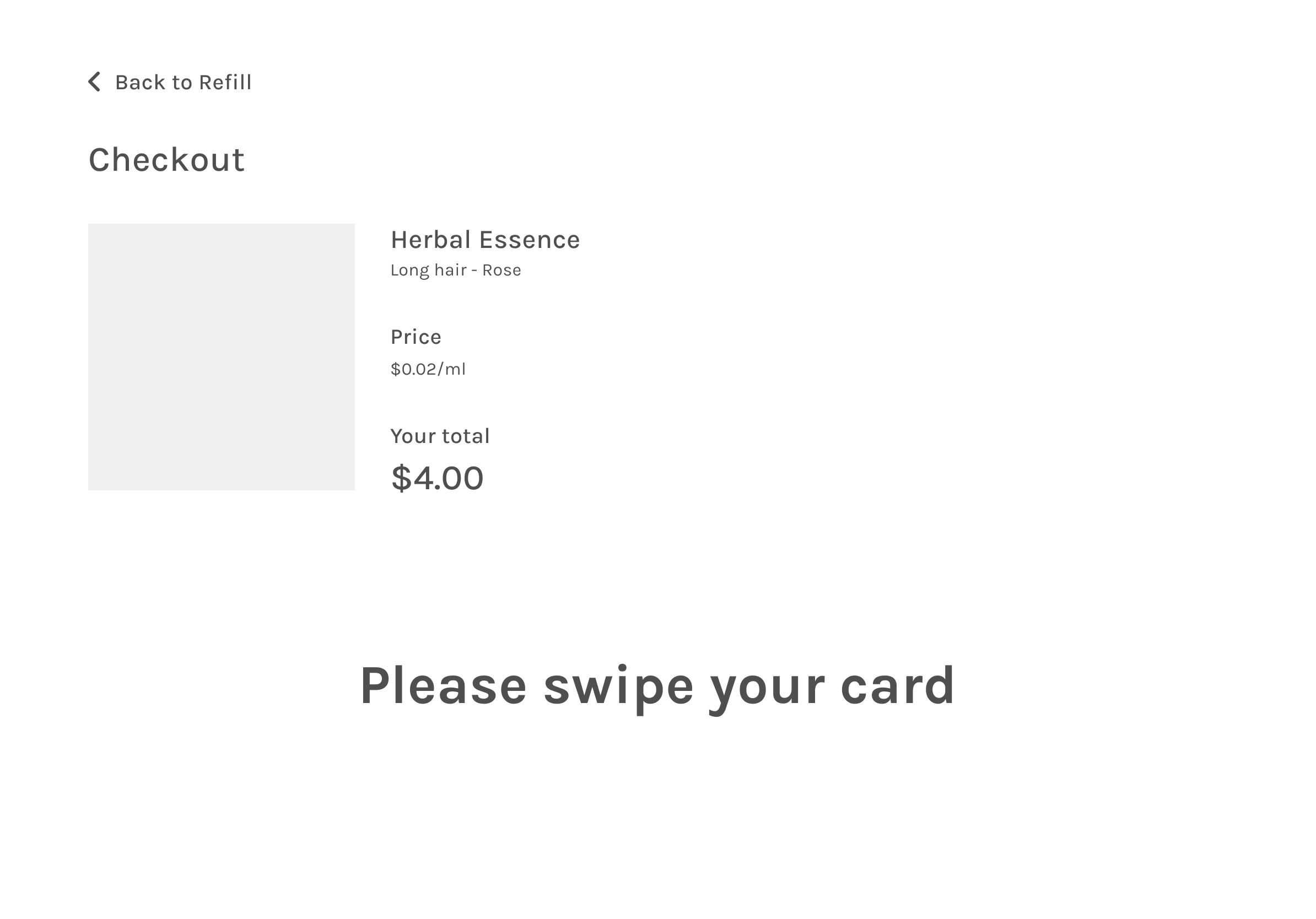 In general, users found the Shampour kiosk to be pretty straightforward and easy to use. However, there were some issues with refinement and extra steps that could be added to make for a smoother experience. Below are the feedbacks and problems that we have found during testing.
User testing 1:
User testing 2:

We created the hi-fi mockups on Adobe XD. The final screens look slightly different than the wireframes as we have refined the UI after confirming that the flow and functionalities are intuitive through the user testing we conducted.

We are so proud of our final implementation of this project. Through this project, I have learned that great design starts with thorough user research. Through user research and effort in trying to truly understand our target users/customers and we are able to find the market gap that could differentiate our product from the other existing products on the market. We might feel like we know what users need but our approach to solving the real user problem could only be discovered through user research. Another thing that I've learned while working on this project was the importance of conducting usability testing in between each step. At least, one user testing on the paper/lo-fi prototype and another one on the hi-fi prototype just before releasing the product. The goal is to check and recheck if we missed anything important and if the design is intuitive for our users.
↑  Back to Top